The GWO participated in a neighborhood advisory activity in Baralla, invited by the BNG municipal group in an event open to all citizens in which the Association for the Ecological Defense of Galicia (ADEGA) also participated.

The GWO’s intervention revolved around the socioeconomic impact of wind energy on local communities. This advisory activity occurred as a result of public information concerning the authorization of the Reboiro wind farm, shared by Baralla and the Castroverde and O Corgo neighbors. 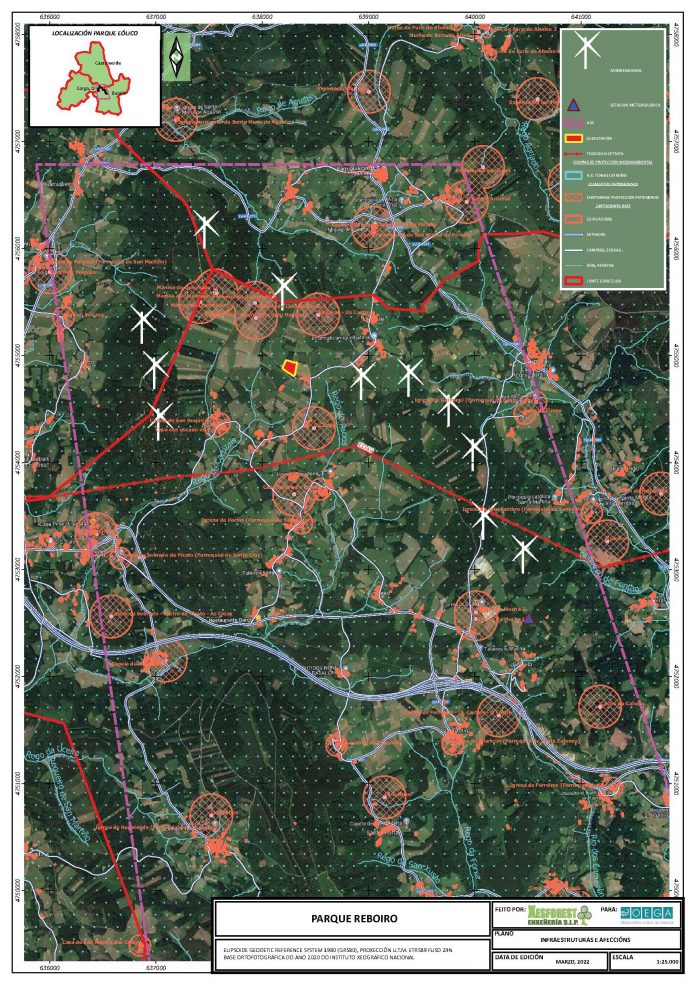 3.3 MW have been in operation in Baralla since 2019. This corresponds to a wind turbine from the Punago-Vacariza wind farm. These are currently the only MW in the Ancares region. The municipalities of Navia de Suarna, Cervantes, As Nogais and Pedrafita do Cebreiro are also located in this region. The neighboring municipality of Castroverde, included in the Lugo region, is the one with the largest installed wind capacity in this part of the province of Lugo: 59.4 MW, coming from the Punago wind farms (since 2004) and Monciro and Serra del Punago. -Vacariza (both started in 2019). Reborio, promoted by Green Capital Power, is a 49.5 MW wind farm, 36 of which would be located in Baralla. Likewise, PE Serra da Lagoa, 29 MW, promoted by Enerxías Renovables de Galicia, S. A. has also been authorized since the end of 2021; it is integrally located in Baralla.

The documents put on public display by the developer indicate that “thanks to this infrastructure, new companies and new jobs will be created; this will improve the economic activity of the area.” The positive impact on the quality of life of citizens is also pointed out since the park “will contribute to improving the quality of electrical supplies in the area… thereby reducing power cuts and voltage drops.” Likewise, the promoter emphasizes that “the new income of the council for the installation of the park will be used to buy new equipment that will improve the quality of life of its inhabitants.” The company also notes that an exodus to the cities is taking place in rural Galicia, so “any activity allowing the population to be able to support themselves or attract new inhabitants represents progress. With the installation of the park, the economic activity of the area will increase, thus taking advantage of previously unused resources and causing little damage as compared to the benefits obtained for both the environment and society.”

The developer rules out any effect on tourism since the facilities “will be integrated into the landscape of the area and the inconvenience caused by the operation of the wind turbines is minimal.”

These statements by the promoter are not quantified in the documents on public display. In addition, they are statements with no legal value: the company does not commit to anything on them. If the park is finally built and these positive effects do not occur, the company will not suffer any type of problem. The occurrence of any of the negative effects it states will not occur (effects on tourism, for example) will represent no cost to the developer either.

The OEGA quantified some of the economic effects mentioned and presented evidence about what happens in other territories with strong wind development.

Reborio would be one of the wind farms with the highest production and productivity in Galicia so far. According to the developer, its 173 GWh of annual production would place Reboiro with 3,500 hours of operation; this is 46% more than the average produced by wind farms in Galicia.

We estimate that the City Council of Baralla would charge 72,000 euro annually for the Tax on Real Estate, a tax on the value of land with a wind farm, and 33,752 for the Tax on Economic Activities. It would also have income derived from the wind canon: the collection of this regional tax would be 32,800 euro, and the Xunta de Galicia will be the one to determine how much of that collection would correspond to the City Council. The annual income for the Baralla town hall would never exceed 105 thousand euro plus the corresponding part of the wind canon.

It would additionally receive a one-time amount: the one corresponding to the Tax on Constructions, Installations and Works payable at the beginning of the construction. The current tax rate for this tax is 3.5%, which would represent almost 1 million euro for this municipality in the Ancares region.

The company developing the Reboiro wind farm has not currently requested the declaration of public utility for this activity. Thus, the list of goods and rights affected by the park is unknown. However, it is obvious that the owners of the land will receive some amount as a result of its construction if the Xunta de Galicia finally authorizes/approves it. The GWO explained the options that are open. As the declaration of public utility has not yet been requested, expropriation would be ruled out for now. Other options open up if this situation continues. The sale of the land would be excluded for the neighboring mountains. The GWO always advises ruling out this option even for individual wind farms. Reaching an economic agreement between the parties is a better option and the annual payment would be formalized by contract. It was recommended to start from the standard contract proposal prepared by the GWO. The most common average prices currently being established in Galicia were also presented: from €0.31 to €1.17/m2 per year for land subject to freehold ownership, and from €0.15 to €0.425/m2 per year for lands under some type of easement or condition other than full ownership.

The GWO also presented the latest results of the estimation of the rents charged by the owners at the Galician level: 2.5% of the total billing of the wind farms in 2020 became local income.

The people attending this informative event expressed their deep concern about the lack of information for local communities, the weakness they feel towards the electricity companies and the helplessness in which they find themselves. They expressed their fear for the future of the villages of Barralla and highlighted how difficult it is for small farms and new families to survive within the current context of economic and environmental crisis. They expressed their support for wind power and renewable energies but stressed that neither the regional government nor the city council are working to promote new economic activities that allow for breaking away from the dynamics of the local population: the Baralla city council lost 2,000 inhabitants over the last 40 years.

Xavier Simón, the person in charge of carrying out this informative activity, presented the socioeconomic results of Tierra Chá. He highlighted that even in this region, which produced nearly 20% of all the Galician electricity derived from wind farms in 2020, the socioeconomic impact on local communities is imperceptible.

Belén Rodríguez, from ADEGA, highlighted the environmental effects of wind farms on ecosystems in detail.