The managers of 20% of the Galician territory, Communal Neighborhood Forest Communities, are excluded for the third time from aid for decarbonization in the promotion of energy communities 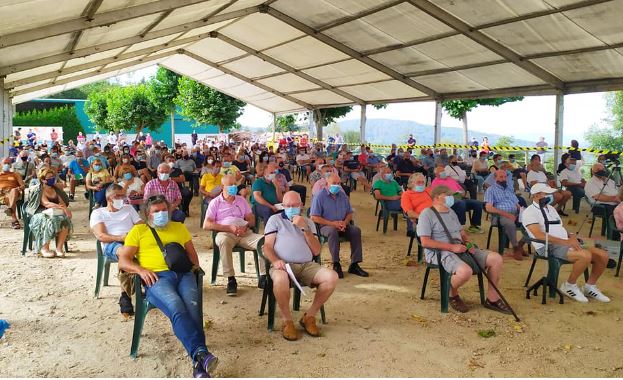 As of 2018, European law has defined a new actor for the advancement of decarbonization through the creation of the term energy community. European Directive 2018/2001 defines renewable energy communities as a legal entity: (a) which, in accordance with applicable national legislation, is based on open and voluntary participation, is autonomous, and is effectively controlled by shareholders or partners within the vicinity of renewable energy projects owned and developed by that legal figure/entity; b) whose shareholders or partners are natural persons, SMEs or local entities, including municipalities; (c) whose primary purpose is to provide environmental, economic or social benefits rather than financial benefits to the community for its shareholders or partners or for the local areas where it operates.

Renewable energy communities were transposed into Spanish law when they were included within the Electricity Sector Law as one of the official subjects of the electricity sector. They are defined exactly the same way as in the European Directive. However, no regulation to date makes a detailed development of everything surrounding this new legal person. In practice, the legal form taken by renewable energy communities in Spain and in Galicia are associations, cooperatives or limited companies.

What seems interesting to discuss at this moment is whether or not the Communal Neighborhood Forest Communities (CMVMC) of Galicia (around 2700 entities that manage 600,000 hectares, approximately 20% of the entire Galician territory) are ones of renewable energy according to the aforementioned listed characteristics. This is very relevant within the current context of the energy crisis and public policies promoting progress in decarbonization. The Renewable Energies Recovery, Transformation and Resilience Plan (PRTR) contemplates energy communities as a key actor, and it foresees/anticipates their promotion and development. Among specific measures, the Spanish government has launched the CE Implementa program. There have already been two calls for this program. However, several CMVMC attempting to apply for aid were left out because they were not considered renewable energy communities. 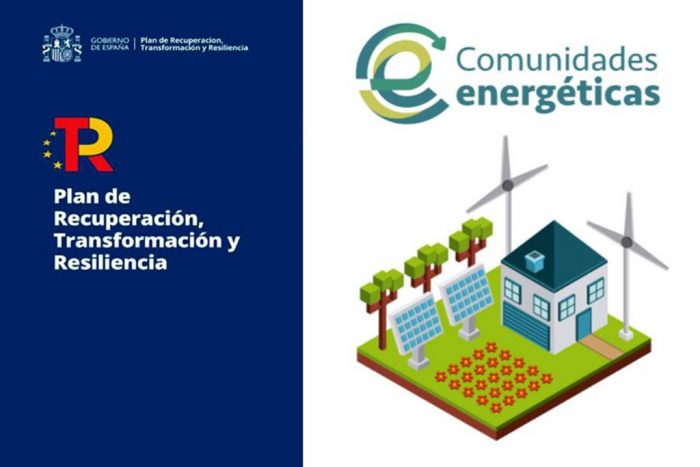 Fully aware of this situation, GWO has attempted to address this problem. First of all, we contacted the IDAE and maintained discussions with the people in charge of these matters. The GWO commissioned an expert report from renowned civil law jurists and shared the report with those responsible for the IDAE. After a few weeks we held a virtual meeting with the corresponding IDAE members to clarify and discuss the issues included in the expert report. They committed to perform a legal consultation, the result of which we are unaware. What is public is the fact that the IDAE website has just launched two new calls for the CE IMPLEMENTA program. Opening on 19 December are call 3 for projects of less than 1 million euros, and call 4 for those exceeding that amount. CMVMCs are excluded from these calls too.

From the GWO we consider the decision to exclude entities that comply with each and every one of the requirements of Directive 2018/2001 to be unlawful and proceed to explain this in what follows.

In the state legal system, Law 55/1980 of Communal Neighborhood Forests primarily regulates the MVMC, and Law 43/2003 of Forestry allows for supplementary application relative to private forests. In addition to the state legal framework, which is basic legislation, the prescriptions of Law 13/1989 of MVMC, together with articles 56 to 63 of Law 2/2006, of Civil Law of Galicia (LDCG) and the Law 7/2012 of Montes de Galicia are the laws that are first applied to the Autonomous Community of Galicia.

It is necessary to cite the concept provided by article 1 of the LMVMC of Galicia: << MVMC (…) are those who, regardless of their origin, productive possibilities, current use and their agrarian vocation, belong to neighborhood groups as social groups, not as administrative entities, whose members are customarily placed within a community regime, with no allocation of quotas, in their capacity as neighbors with open houses and smoke.>>

Neighborhood forests are, consequently, private forests of a special nature, revealed in their common property regime, without allocation of quotas. The ownership of these mountains corresponds to the neighbors who at any given time form part of the aforementioned community group. Therefore, CMVMCs are Germanic communities of goods in which shared mountains are indivisible. These communities are integrated by the residents at all times inside the place concerning us. Specifically, the graphic expression of ‘neighbors with an open house and smoke’ clearly and forcefully links belonging to the community to a real and effective residence within the territory.

Legal personality and capacity to act

The peculiar and singular legal nature of the MVMC and, consequently, of the CMVMC – their holders- makes it hard to specify certain characteristics of their legal regime. This is also the case concerning its legal personality: its legal capacity and its capacity to act. It is clear, on the one hand, that as a Community of Goods in the Spanish legal system, the CMVMC is conceived as an entity lacking its own legal personality in the strict sense of the term.

The expert report commissioned by the GWO shows that this is a matter of formal or technical legislative nature; this lack of legal personality does not prevent them from having full legal capacity to act in and of themselves within the realm of law. They may intervene in acts or businesses on their own behalf, including the exercise of as many actions as deemed necessary in defense of their own specific interests. 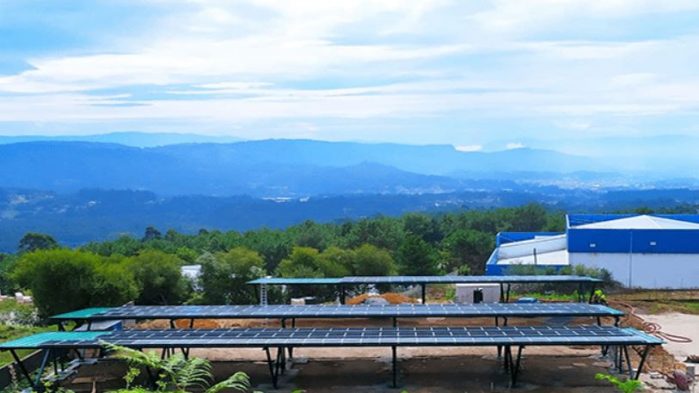 The GWO report highlights that the lawful recognition of CMVMC’s absolute legal capacity to fulfil its purposes is incompatible with denying them the capacity to act on their own behalf. In addition, the report states that the specific use of the expression ‘legal entities’ instead of the more conventional ‘legal persons’ in European regulations was probably meant to avoid divergent definitions of the concept of legal personality among countries.

Considering that the adjective “open” can have different meanings inside European law, we must mention that what is meant by this expression in recital 44 of Directive 2019/944 is that “membership of citizen energy communities must be open to all entity categories.” This same meaning also appears in recital 71 of Directive 2018/2001, which is expressed as follows: Member States should have the chance to choose any form of entity for renewable energy communities, provided that said entity can exercise rights and be subject to duties when acting on their own behalf. Evidently, if we give this meaning to the term “open”, the MVMC admittedly meets the requirement, insofar as it is “any form of entity”. In other words, this must be understood as an exercise of freedom within the legal configuration of energy communities.

In addition, article 22.1 of Directive 2018/2001 establishes that final consumers who participate in renewable energy communities do so “without being subject to unjustified or discriminatory conditions”. And recital 71 of that same Directive clarifies that participation in renewable energy projects “must be open to all possible local partners, based on objective, transparent and non-discriminatory criteria”.

According to article 1 of the Law of Neighborhood Forests and according to articles 56 and ss. of the Galician Civil Law, the co-ownership of the potential members of a MVMC depends on their condition as regular resident neighbors inside the geographical area where their social group is based. In principle, this is an undoubtedly legal, objective, transparent and non-discriminatory criterion, and it therefore conforms to European and Spanish legal requirements.

The European Directive points to the voluntary participation in renewable energy communities as a fundamental requirement. It is therefore of interest to determine whether the entry and exit of a CMVMC can be considered voluntary or not.

The fact that entering and exiting a community must be requested does not impede discussion on voluntariness as a merely formal requirement. For its part, article 63 of the Law of the Civil Code of Galicia establishes that the General Assembly must agree upon the loss of condition. Jurisprudence indicates that the decision to expel a community member cannot be made arbitrarily.

It therefore follows that entry and exit are voluntary.

Do the CMVMC enjoy autonomy?

Evident in legal regulations and their respective statutes is the autonomy of the neighborhood community for the planning, administration and disposal of the forest and its uses. The intervention of the Administration must ensure that this is respected and control compliance and compatibility with the law. The preamble of the LMVMC expressly refers to said autonomy when it recognizes that “This Law grants the Community of neighbors full autonomy for the management and enjoyment of the forest.”

The operation of the CMVMC fully reproduces the capacity of its bodies (assembly and governing board) to make autonomous decisions on what they consider best for the resources they manage.

Does a CMVMC have financial purposes?

Article 12 of the 1989 Regulation developed by the LMVMC states that “the amounts paid for the legal transactions referred to in this title (i.e., forest use contracts) must be attributed to improving the forest or establishing works or services of general interest for the community that owns the forest”, a destination that clearly “blocks” any commercial purpose of the Forest Communities. In addition, article 125 of the LMG establishes the duty of communal neighborhood forest communities to reinvest at least 40% of all income to the improvement and protection of mountain forests.
In no case does the configuration of the CMVMC as energy communities allow for the consideration of communal forest as an entity of a commercial nature for the enrichment of its members through the use of energy. Instead, as required by European regulations, it is meant to offer environmental, social and economic benefits to the neighbors comprising the community.

The will of the Union to promote energy communities can be deduced from these provisions and the set of regulations constituting both Directives, through which member states are commanded to not place unnecessary hindrances, of a formal any other type of nature, to their creation; by contrary, they must attempt to encourage their incorporation and provide a favorable legal framework to consumers who wish to do so.

For all the above, from the GWO we do not understand why the new IDAE CE IMPLEMENTA call does not consider the CMVMC as possible beneficiaries of aid for the decarbonization of the economy in general and of the rural environment in particular.

If you are interested in a copy of the report, write to us (observatorio.eolico@uvigo.gal) indicating your details and the reasons for your interest.