It has been two months since several thousand people from many parts of Galicia gathered in Santiago de Compostela on International Environment Day. On that date, 5 June, they decided to come together to call for a new energy model, a new energy transition.

It may seem paradoxical, right? People who call themselves environmentalists shouting against the advancement of renewables, particularly wind energy. However, let’s delve further into this matter and let’s take look at the messages that are partially collected in the photographs accompanying this news brief. We can see messages illustrating a position far removed from what one might think. 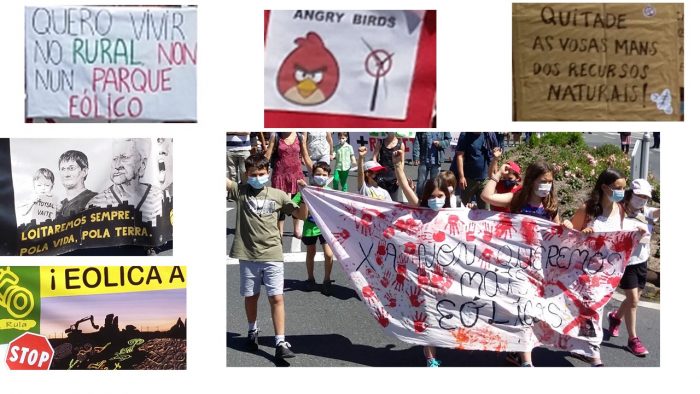 The children who carried the banner “We want no more wind” showed a certain saturation and hatred for the attempt to spread this kind of energy throughout other parts of the territory. Similar to this was the main motto of the concentration “wind like this, no”. They did not ask to remove what is there. They asked for the introduction of a certain logic because many of them consider “wind turbines are a threat to village life” because turbines have now come down from the mountains to occupy space around farmland and populated areas. The conservation of biodiversity and springs are also a part of the narrative claiming that “quenching the thirst of capital will dry the springs” 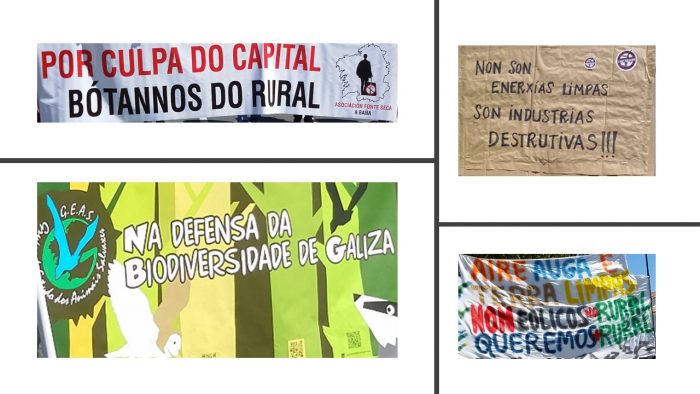 The demand for the protection of biodiversity in general or of unique areas such as Serra do Suído or the Serra da Groba and the defense of heritage values (those already cataloged and those remaining to be cataloged) also gave content to several of the banners. The enhancement of rural forms of life as opposed to the industrialism represented by the implementation of the current wind model were also signaled by the folks walking through the streets of the Galician capital with demands like “the countryside is our heritage”, “I want to live in the countryside, not on a wind farm”, or “loss of land is not renewable”. 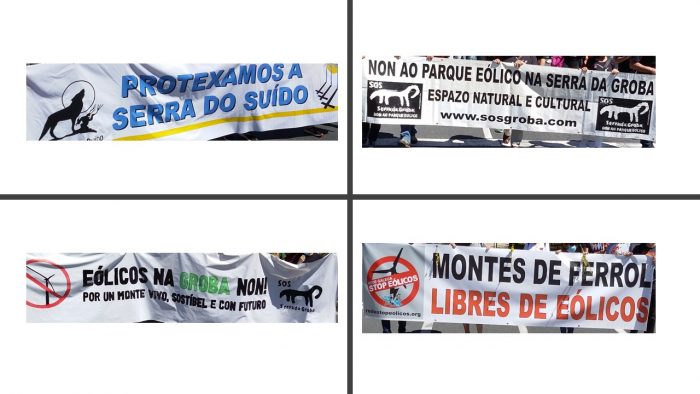 Finally, it is also worth noting that the demonstrators expressed their outrage concerning the social injustice involved in producing a lot of energy, electricity in this case, and not obtaining enough income for Galician society. Present were banners and chants relaying “yes, yes, yes, wind for Madrid”, “take your hands off natural resources”, “sacrifice the countryside, for the benefit of capital”, and the ever-present “no to the plunder of wind turbines.” 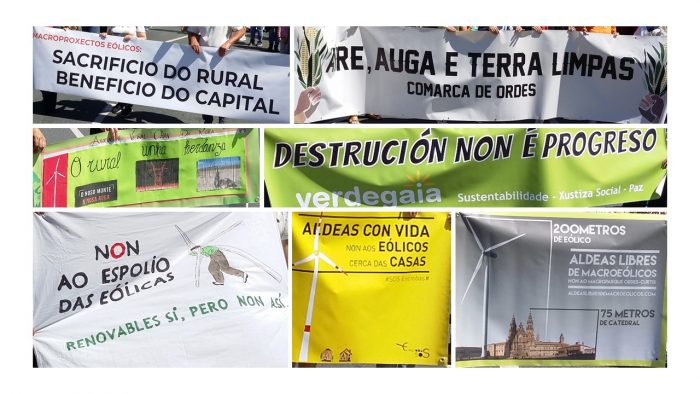 In short, it was a day vindicating a different future for Galician society and rural areas. Wind turbines are always installed in villages; these and rural areas are the ones that lose the most population and have the worst basic public services. The “communal self-management against this invasion” present some pointers for building a different future. “The countryside wants people, not wind farms” was also a persistent claim. 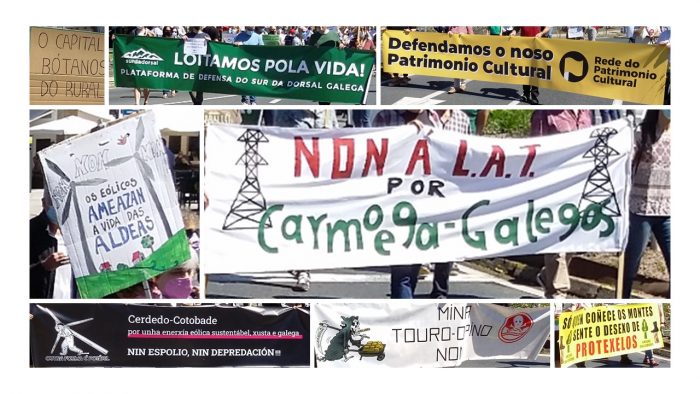 This social mobilization, still very alive throughout the country, hopes to change the model of energy development and give greater participation to rural communities. The GWO stands by it if it serves to do so. This is our ongoing common goal. 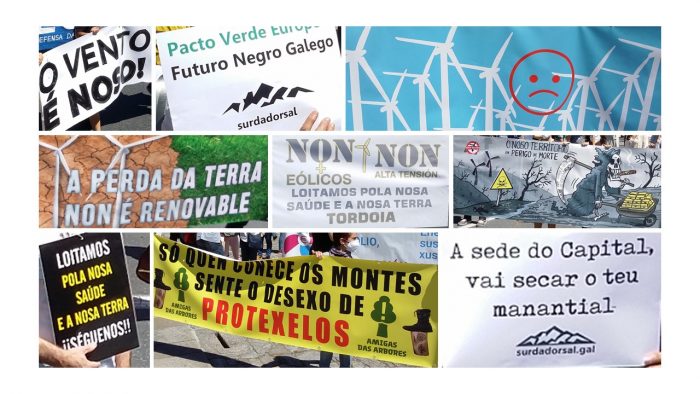