The GWO, part of the Coalition for Community Energy

After a period of unhurried debate and in an aim to promote an energy transition led by citizens, the Coalition for Community Energy platform has been launched.
An array of community citizen initiatives, organizations, town councils, universities and professionals in the sector all take part in this platform, and the Galician Wind Observatory is one of these participating organizations. We will all work together to promote an ecological transition that guarantees the democratization of the energy sector with citizens and local actors taking a leading role.

The democratization of the energy sector is essential in achieving ambitious objectives in order to reduce greenhouse gas emissions and implement renewable energies in the Spanish geography in terms of social justice. The Coalition for Community Energy was born to promote a change in the energy model by the hand of citizens. The abusive electricity prices of these past months are one more example of the inequity of the current electricity and energy system indicating the great antagonism of large companies towards a radical transformation of the energy model. 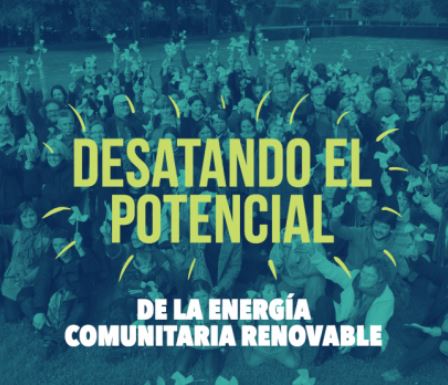 At this very moment, the Spanish Government continues to process the mandatory process of transposition of the Directives on renewable energy (RED II, 2018/2001) and the electricity market (EMD, 2019/944) even though the deadline given by the European Union ended months ago. The organizations condemn this delay along with the lack of consideration for the crucial role played by community energy, which has consistently been blocked by the traditional oligopolistic model of the Spanish energy sector and has only served to hinder a socially and environmentally fair transformative energy transition.

The Coalition for Community Energy has been created to ensure the democratization of the energy sector through the active and protagonistic participation of citizens, local public entities and SMEs. The Coalition claims the following main measures, among others, from the Ministry for Ecological Transition and Demographic Challenge and from Autonomous Communities (according with their competences):

In the Coalition we have already begun to develop our activity with concrete proposals, among which we would like to highlight the following:

The Galician Wind Observatory has also kicked off an information process on community energy initiatives in Galicia. We have currently signed collaboration agreements with 4 entities interested in working towards the advancement of democratic proposals in the production and distribution of energy. Please contact us for further information.

Along with the participation of the Galician Wind Observatory, the Coalition for community energy also counts on the collaboration of AeioLuz, Friends of the Earth, the Cádiz and San Juan del Puerto City Councils, Cooperase, the Monachil River Energy Community, Ecounion, the International Institute of Law and the Environment , MUTI, the Platform for a New Energy Model, Sapiens Energía, Som Energia, the Xarxa per la sobirania energètica, researchers and professors from the Polytechnic University of Madrid, and sector professionals.